Show Me The Money! How Much Can You Make From Licensing Your Idea? 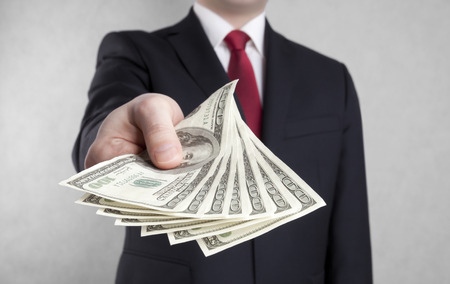 How much money can you make from licensing your idea? Someone asked me this question recently. In fact, some folks wanted to know if I can bring inventRight students onto my videos and seminars so they can share how much money they’re making.

I haven’t gotten this sort of question in a long time and I doubt that I can answer it to anybody’s satisfaction but I’ll try.

However, I’m not like most people. I’m willing to share information! Here’s my first reveal: After I created the

and licensed it to a toy company, it sold for about 10 years. By the way, I had no intellectual property protection whatsoever. My prototype cost about $10 to make. The first year I collected close to $100k in royalties, and I shared those royalties with my partner in Stephen Marcus Toy Design, Russell Hicks. And I should insert here that Russell, an incredibly talented artist, had nothing to do with the Wall Ball whatsoever.  But he was my partner in the business, and I was happy to share the income. It was the right thing to do. It was a good product: the toy company expanded the product line to include versions with Penny Hardaway and Grant Hill, two rising NBA players.  There were also versions made for use on cereal boxes! That was all years ago but it was my first deal and I’m proud about that idea and I like sharing it.  The last royalty check I received, which I never cashed, was for $0.55.  I have it framed on my office wall.

My last example for you is a small dart I created with a suction cup at the end, called Sweet Darts. I didn’t build a prototype and I didn’t file any intellectual property whatsoever. I submitted the idea using only a drawing. This product earned $10k. It sold for one year and one season only, Valentine’s. It never sold again! That was it! And that’s why seasonal novelty products run the risk of a short life span.

Typically, you get paid once a quarter from a licensing contract.  One of our coaches recently received two checks in the mail from his contracts. One of them was pretty large! He was very happy because he told me the amount. I said, “Hey, can I share that with everybody?” and he said, “No.” I said, “Well, why not?” and he replied: “Because in my contract it says I cannot talk about my financial reward or royalties to anybody.” Yes that’s right- it was in his contract. And that’s the way it is sometimes.

You have to realize that asking someone about revenue from a licensing contract is personal.  My best friend is a farmer.  I once asked him how many almond trees he had planted.  He looked a me and said “That’s private - famers don’t share that because then you would know how much money I am making every year”.

Another inventor I know who created Zip It –an inexpensive but clever device to clean shower and sink drains - has made millions. Is he going to tell me how much exactly how much he makes a year? In fact, he did! But can I share it with you? No, it’s private and it should be.

The point is this: love it. There, I said it. Love it. Love being someone that creates. Love the whole process and don’t quit your day job. You can do this on the side and see how it goes. And don’t ask how much money others are making!

One last thing: what is the average income from licensing? There is no such thing. I’ve seen some people make $10k a year and some people make $50k, I’ve seen some people make a couple hundred thousand, and I’ve seen someone make a million dollars a year for years, so I’ve seen the whole range. “How long does it take to get that kind of money?” People ask that all the time. “Can I start making money the minute I get a licensing deal?” No. It doesn’t work that way. The company has to manufacture the product, they have to ship it, it has to get on the shelf, and then it has to sell!! After the end of the quarter, if your product has sold, you might get a check.  Then you wait for the distribution to grow and the sales to increase. You’re talking one year, a year and a half, two years until those royalties really start to add up. That’s the bottom line.

Hopefully this has all been helpful, although I know it may not be exactly what you wanted to hear. That’s the best I can do at this point! Keep inventing, keep submitting ideas, and keep creative.